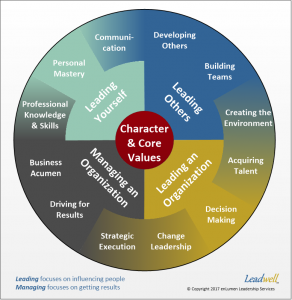 Gaining Power by Giving It Away

In his 1980 book, Culture’s Consequences,

social psychologist Geert Hofstede defines Power Distance as one of four dimensions that distinguish one national culture from another. Hofstede would argue that these dimensions don’t apply to organizational cultures, but I believe they do.

High power distance is characterized by authoritative hierarchy where answers flow down from the top,vulnerabilities are hidden, and status trumps achievement. In some languages, even different words are used to address people on the high end of the power structure than for those on the low end. Japan and many other Southeast Asian countries demonstrate high power distance.

Low power distance means the leaders and the followers are on or near the same plane – a flatter, more collaborative arrangement where a leader has a different role, but little, if any, additional power. The leader and the followers share common motivations, common successes, common failures, and recognize their mutual dependence. This more egalitarian view that encourages equality and independence is typical in much of US culture.

But despite the US being an increasingly low power distance culture, high power distance has been the accepted norm in most non-profit and corporate organizations in America. Management is at the high end of the power spectrum with workers at the low end. Exceptions to this norm have existed and thrived for decades, but only since the turn of this century has there been a sharp up-turn in organizations that are discovering the real power of reducing the power distance.

It’s hard to persuade people currently in power positions that their best strategy is to let go of some measure of control. Releasing control seems like a high risk until they recognize how much potential is waiting to be released by tapping into the motivations, abilities, values, and visions of the people they lead. But making the shift requires leaders willing to set aside some ego and learn some new skills.

It’s also challenging because the people being led have to unlearn their own stereotypes of how they’re allowed to engage with management. They usually start out skeptical until their bosses demonstrate that they’re serious about changing the organizational culture. It takes time, trust, and grace on both sides as new skills are learned with fumbles and failures along the way.

In many cases, it’s startup organizations that are paving the way since it’s much easier when you don’t have to unpack years of organizational baggage. That’s not to say it only works in small companies – the business press is full of examples of companies of all sizes implementing culture shifts of greater or lesser degrees.

As the younger generation takes over more leader and follower roles, low power distance will become the norm.

If you’re still stuck in the old paradigms of leadership, it’s time to recognize that what got you here won’t get you where you need to be in the future.